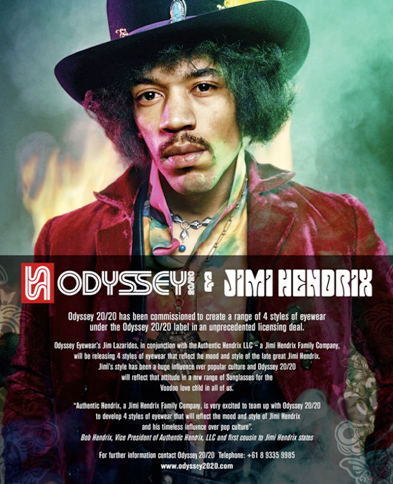 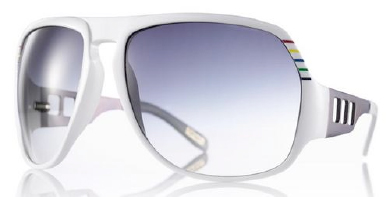 Odyssey 20/20 was the brain child of Australian optical designer Jim Lazarides, taking contemporary surf and street styling into the future. Jim previously joined creative forces with Greg Arnette to establish Arnette, one of the world’s leading eyewear brands throughout the nineties. Odyssey 20/20 is Jim’s latest assault on the international market since selling Arnette in 1997. The Jimi Hendrix eyewear was designed by Jim Lazarides personally.

Matthias Bauss, Manager Director and co-founder of Spark said: “We are extremely pleased to have once again brought two parties together that will benefit so greatly from each other.”