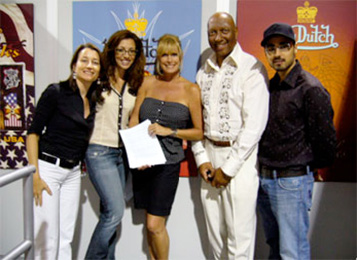 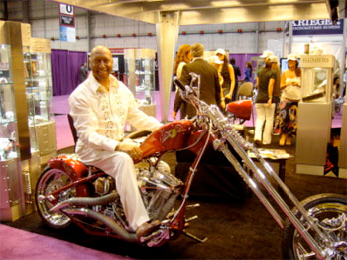 Spark brought the Jimi Hendrix Estate and Von Dutch Watches together in a deal agreed at the JCK Las Vegas, the US’ biggest jewellery trade fair.

Bob Hendrix, VP of Authentic Hendrix visibly enjoyed a fantasy ride on one of Von Dutch’s legendary motorcycles, while press and retailers busily ordered the product. “Jimi and Von Dutch watches really are the perfect match: both brands stand for freedom, passion, energy and the American dream.”

For Anto G., Von Dutch Watches CEO, the deal was a dream come true: “Jimi Hendrix is one of my favourite artists of all time. For us, having the opportunity to design a watch inspired by such an icon as Jimi and develop creative ideas around it, is very fulfilling. We have already received a great reaction from key buyers and foresee a huge sales potential for the watch range.”Celebrities visiting the Von Dutch Watches booth included Toni Braxton and Adrienne Curry, winner of “America’s Next Top Model” (Season One) and ambassadress for Von Dutch watches. Toni Braxton congratulated Bob on the deal.