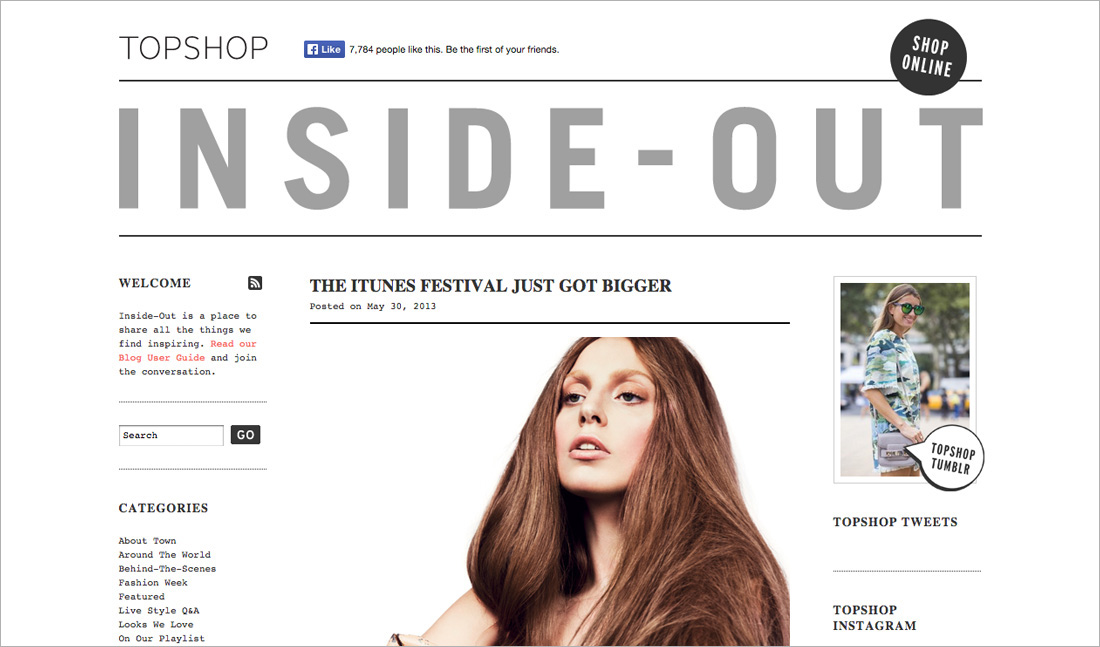 Topshop is a British multinational retailer which specializes in fashion clothing, shoes, make-up and accessories. It has around 440 shops across 37 countries and online operations in a number of its markets. Its current CEO is Katie Foster and it is part of the Arcadia Group, which is controlled by Sir Philip Green and owns a number of other retail outlets including Burton, Dorothy Perkins and Miss Selfridge. www.topshop.com

About the iTunes Festival

The iTunes Festival is an annual, month-long music festival and concert series which takes place in September at The Roundhouse art centre in London. Sponsored by Apple Inc., it was first held in 2007. Tickets are given away free to iTunes users and fans in the UK through prize-draw competitions. Applications for tickets can be submitted both in the iTunes Store and via the official app. Performances are also streamed live for free and available to view afterwards for a limited time on iTunes, Apple TV and via the application. www.itunesfestival.com

Spark was asked to take care of all rights clearances for a promotion that took place between Topshop and the iTunes Festival during September 2013.

Topshop customers received a voucher code for 5 free downloads of artists performing at the iTunes Festival, when they completed a purchase at topshop.com during the promotional period. The voucher code was redeemable at iTunes UK and Ireland.

Spark provides one-stop rights clearances for any kind of entertainment-related content including a full contractual service.