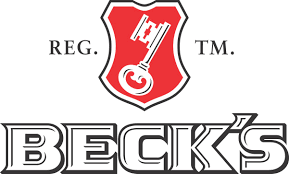 Beck’s Brewery, also known as Brauerei Beck & Co., is a brewery in the northern German city of Bremen. In 2001, Interbrew agreed to buy Brauerei Beck for 1.8 billion euro; at that time it was the fourth largest brewer in Germany.

Since 2008, it has been owned by the Interbrew subsidiary of Anheuser-Busch InBev SA/NV.

Spark supported the agency Serviceplan International in Hamburg at the pitch stage for a new BECKS beer campaign.

As BECKS beer is synonymous with music in Germany it had to be something quite special. Spark came across unsigned band WELSHLY ARMS from Ohio, USA and their incredible captivating song ‘Legendary’. The song was included in the pitch and Serviceplan won the account of BECKS as a result, as the creative worked really well with the music.

After further market research the song was licensed and fees were negotiated by Spark on behalf of Serviceplan and BECKS.

The campaign started May 2017 and if successful it will be extended to other European countries.

Welshly Arms are now signed to Universal Music and are playing summer festival in Europe and the song is high in the German charts.