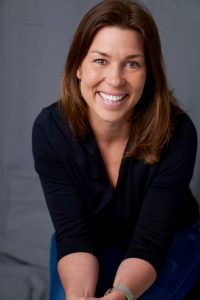 Kathrin joined Spark in 2009 after leaving EMI Music Publishing where she held the position of Senior Manager Advertising Services. As Account Executive for advertising key clients such as DDB, McCann Erickson, Jung von Matt and multiple brands such as FERRERO, BMWand GM/ OPEL she oversaw all advertising services, including music-scouting and rights clearances for on- and offline usage. Furthermore she led contract negotiations with rights holders of world famous copyrights (e.g. The Rolling Stones, Queen) and was responsible for all new business development.

Previous to EMI Music Publishing she worked as Project Director for I-D Media ENTERTAINMENT in Berlin. In this position she was leading and developing the online platform BMW-Web.TV and served as key client contact for BMW.

In 2004 she co-founded the Berlin based agency WEISSGOLD, offering brand and advertising services to brands such as BMW, NIVEA, Philips Consumer Electronics and FERRERO (kinder surprise).

She started her carreer at Universal Music Group in Hamburg and later in Berlin, where she worked for nearly 7 years. During that time she worked in the international marketing department for the Label MCA and in the Brand Partnership department as Senior Manager. Serving as key contact for the top 50 advertising agencies and up to 30 German brand partners, she facilitated in music marketing initiatives for brands such as FERRERO Mon Cheri (5 million on-pack CDs in 2002 and 2003), COCA-COLA (major music loyalty marketing campaign: MUSIC MAKES YOUR SUMMER) and Procter & Gamble WELLA (online music promotion with PopFile affiliate store).

Born and raised in Hamburg, she has lived in Berlin, Seattle and Amsterdam and enjoys travelling across the globe in her spare time. Kathrin has a Bachelor of Media Administration & Communication and a degree as Business & Marketing Manager for Audio-Visual Media.