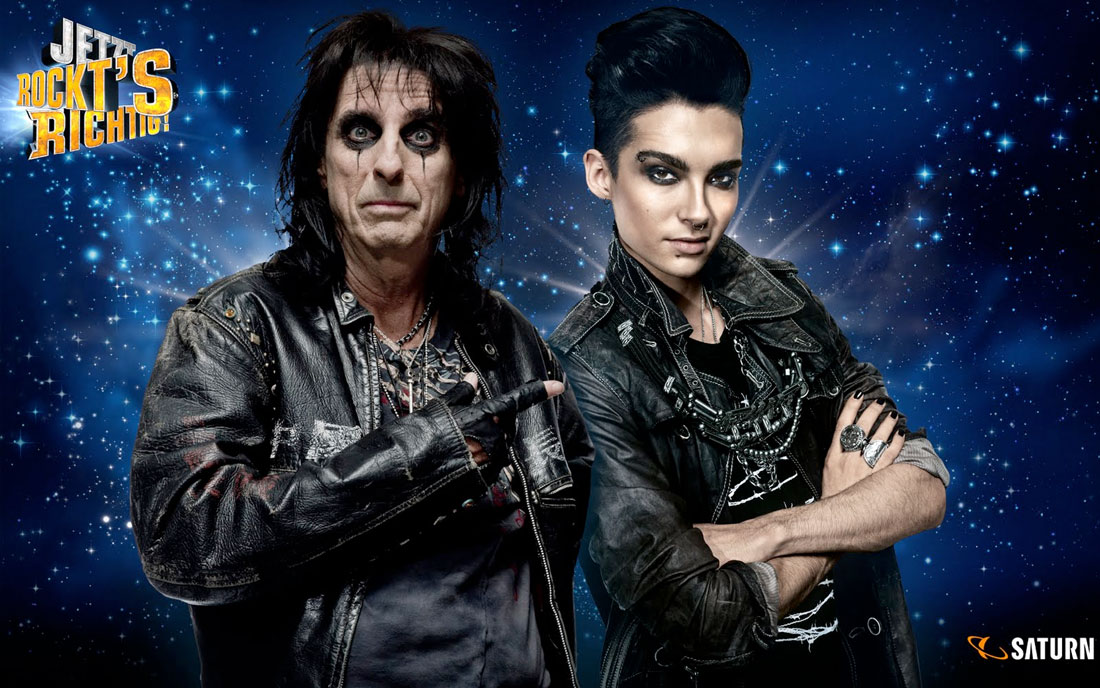 Bill Kaulitz is the lead singer of one of Germany’s number one pop rock bands Tokio Hotel. The band has become an absolute sensation since its discovery in 2001. They have recorded in both German and English and have teenage fans across the World. Tokio Hotel has received numerous awards including several prestigious international MTV Awards.

Matthias Bauss, Managing Director of Spark London said: “This is a great example of a strong collaboration between two great artists and a brand. Matching Alice Cooper and Bill Kaulitz with SATURN surprised a lot of people, but it’s just perfect. Alice Cooper had been supporting SATURN for a bit more than a year, and Bill Kaulitz then brought a much younger target audience to the retailer’s campaign. Finally fathers and their sons could agree on liking both artists in the TV ad. The PR created online and in the press is additional money-can’t-buy value for the retailer. Spark is proud to have played a role in this perfect match.”

The campaign was a big success for everybody involved.