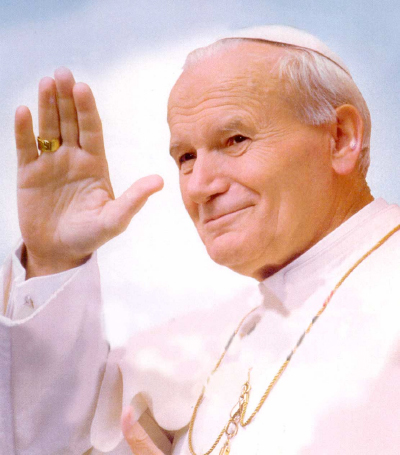 Spark Marketing Entertainment signed an exclusive deal with III Millennio in Rome, Italy for the world excluding Italy, Mexico, Poland, the Vatican and the Caribbean.

The deal included 110 poems that Karol Wojtyla wrote before the start of his Pontificate as Pope John Paul II on October 16, 1978. Spark was looking to market the poems by producing audio books, finding mobile phone partners and establishing contact with artists who would consider using the poems as lyrics in their songs.

Patrizia Caruselli, head of Spark’s Zurich office, said: “The last 3 years have seen a sharp increase in interest in religion and spirituality. The poems consist of recollections on Karol Wojtyla’s life as well as his thoughts on the issues facing each individual in the world. His words offer wisdom that will appeal to people of any faith looking to strengthen their spirituality. The potential is great. Pope John Paul II completed 102 pastoral visits outside of Italy and 144 within Italy since 1978. No other Pope encountered so many individuals as John Paul II: over 17 million pilgrims have participated in the General Audiences held on Wednesdays. This figure fails to account for all the other special audiences and religious ceremonies held [more than 8 million pilgrims during the Great Jubilee of the Year 2000 alone) and the millions of people met during pastoral visits made throughout the world.”

A pre-selection of the poems was made by III Millennio and Spark. These poems came with information on when and why they were written by Karol Wojtyla. They were available in English, French, German, Italian, Spanish, Polish and Portuguese.

Spark researched licensees for individual markets, and the Italian market saw the successful release of an audio book with the poems. Italian acting legends Vittorio Gassman, Monica Vitti, Claudia Cardinale and Alberto Sordi all agreed to read the poems by Karol Wojtyla.