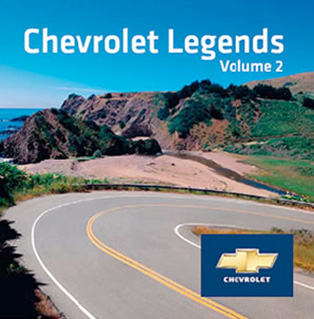 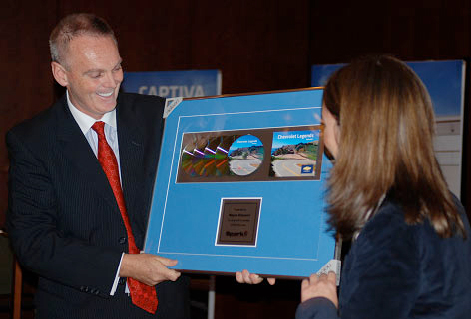 Chevrolet is one of the oldest automobile brands in the world. In 2006, more than four million Chevrolets were sold in over 120 countries. Chevrolet Europe, based in Zurich, Switzerland, was founded in 2005. For more information: www.chevroleteurope.com

Spark’s ability to source music from across all labels won them the pitch for this project.

The CD concept was customized to Chevrolet: all the lyrics of the songs contain the key words Chevrolet, Chevy, Camaro or Corvette and were carefully selected according to strong guidelines on repertoire, genre and content. Additionally on Volume 2, Chevrolet Europe ran a newcomer artist talent contest on the independent site musicnation.com, offering new artists priceless exposure in Europe with the chance to be included on the CD alongside some of music’s biggest names. Over the period of a month, newcomers were asked to compose a song with the key word “Chevrolet” in the lyrics and to post it on the competition website. From over 700 submissions, Jaymie Gerard and David Lane were chosen as winners.

Patrizia Caruselli, head of Spark’s Zurich office and co-founder of Spark, says: “We were delighted that Volume 1 was such a great success. The CD was used as a promotional tool in a European direct marketing campaign and the response was overwhelming. This is why Chevrolet decided to go for a second volume. The second campaign was extended to additional territories. I was particularly pleased with the fact that the second volume was as strong in terms of repertoire as the first one. A promotional CD can be used as a consumer incentive in so many ways, and Chevrolet really recognised the value of it.”

Wayne Brannon, Executive Director, Chevrolet Europe, says: “We were amazed by the creativity and professionalism of all the songs entered in our contest. It was very hard indeed to make a final decision on the winner. In the end, we had two songs, both of which we thought truly represent the spirit of Chevrolet. Finally, we selected Jaymie Gerard as winner of the Chevrolet Song Contest with her song “Chevy in Drive,” and we decided to feature the runner-up, “Down in Dixie” by David Lane, on the Chevrolet Legends CD as well.”

Wayne Brannon, Executive Director Chevrolet Europe, was very pleased to receive an award for shipment in excess of 500,000 units of Volume 1.